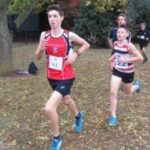 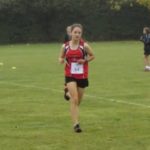 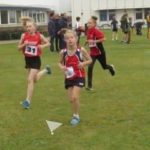 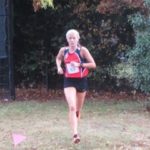 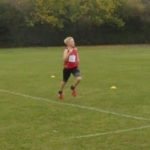 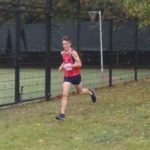 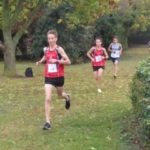 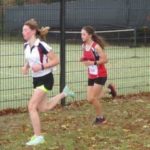 County Round
Following on from an extremely successful event on Thursday, anticipation was high for the first round of the National Schools’ Cup. Unlike many other Cross Country races this is a team competition in which the best four runners count. The top three teams in the county round then qualify for the regional round. To add extra spice our runners knew that the regional and national round of the competitions are being held at Woodbridge School this year, so the opportunity to represent your school on ‘home soil’ is an opportunity not to be missed!

The competition began with the Junior girls’ team of Nancy, Issie, Georgina, Eloise, Ruby and Sophia. The initial pace of the race left a couple behind, but eventually the group settled into their running and made significant progress through the race, ably led by the imperious Ruby who finished a couple of fields ahead of her nearest rival in first. Eloise once again gave it her all and finished in an excellent 7th. Issie (with a slight injury) pushed herself to the limit for a 17th place finish ahead of Sophia 29th, Georgina 35th and Nancy 37th, working together to secure a team total of 54 points and qualification for the next round.

The Inter Girls were next: April immediately hit the front to dominate the race, controlling the speed to forge a comfortable lead and win; Molly produced an excellent performance, surging through the field on the second lap to finish 4th, whilst Jess and Bea worked hard as a team to push each other on and finish in 6th and 7th respectively. Amy 10th and Anna 15th both ran excellent races and ensured that the team total of 17 points was enough to give the team a dominant 1st place.

The Junior boys had been so enthralled supporting the previous race that they nearly forgot to line up at the start, and so when the gun went they were towards the back. Undeterred they picked off runners quickly and by the second lap were at top speed: the race eventually became a line of Woodbridge vests vying for top honours. Eventually the boys finished in 5th, 6th, 7th, 8th, 9th and 10th positions for a points total of 26 and another 1st place for the school. A fantastic race from Edward, Ethan, Jonny, James, Moses and Jonjo.

The inter boys’ race began with Charlie immediately out in front to dominate the race, setting his marker down to finish comfortably in 1st place. Kit meanwhile settled into an excellent pace and slowly made his way through the field to take 2nd some 50m behind. George also powered through the field to finish in 6th, while Henry effectively sprinted the whole third lap to turn 15th into a fantastic 7th on the line. Tom and Ed worked hard to bring the team home in 16th and 17th.  The team total of 16 points earned a third first place for Woodbridge.

All four teams through to the next round – three in first place!  Roll on the regional finals on the 10th November here at Woodbridge!

Our annual CCF inspection was held on the afternoon of Friday 6 May, with Reviewing Officer Group Captain Richard Hobson RAF...
Read Article

On Sunday 15 May, a number of athletics students travelled to Northgate Stadium in Ipswich to take part in the...
Read Article

Last weekend on Sunday 8 May, the Woodbridge 10K and Junior Race took part in the town, with many students,...
Read Article

Last week the Music department was buzzing as staff and students prepared for the Woodwind Workshop. Students from all year...
Read Article