Students and staff at Woodbridge School are celebrating outstanding A level results this summer with the highest percentage of A* grades ever and one of the best sets of results in many years. Of the 91 students that sat A Level exams this year, 87% achieved A*-C grades. Over a quarter of students secured at least three A or A* grades with the average points per candidate across the whole year the equivalent of better than three A grades.

Ella Hooper (pictured in the production of ‘Father Time’ taken to the Edinburgh Fringe Festival), obtained four A*s at A level but has rejected her offer of a place at Oxford University to study Classical Archaeology and Ancient History in favour of an offer from The Royal Central School of Speech and Drama.

Neil Tetley, Headmaster of Woodbridge School, said: “The students should be justifiably proud of their outstanding achievements and we wish them all well in their chosen university and career paths.

“Sixth formers at Woodbridge School thrive academically and personally through working hard but also throwing themselves into sport, drama, music or one of the many other activities here which support their self-development as confident, independent and well balanced young adults. As well as congratulating the students I’d like to thank the teachers and sixth form support team who have dedicated themselves to helping these students flourish.” 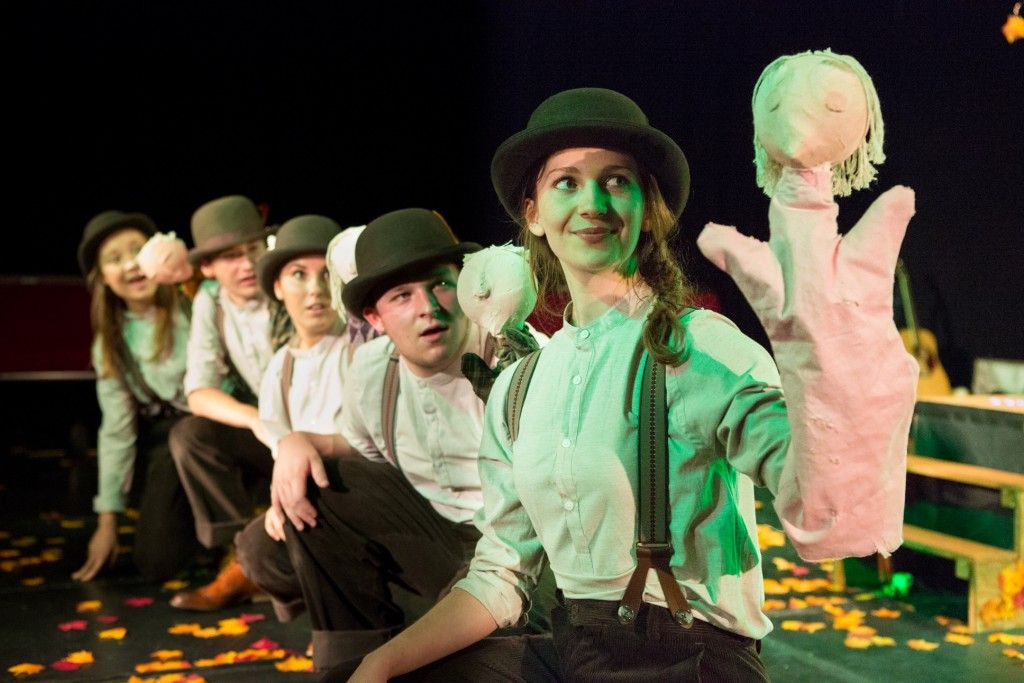