Last Wednesday Woodbridge School stepped in at very short notice to host the county round of the English Schools’ Cross Country Cup.  The Cup is a team event where six athletes across two year groups compete, with the first four to finish scoring for the school.  We are very pleased to announce that all size Woodbridge School teams qualified for the regionals which are due to be run in Southend on Saturday 13 November:

Any teams making the top three against the might of Essex in November will qualify for the nationals in Cornwall in December, where only 27 schools from around the country will earn the right to compete.

We also had an outstanding day for two of our top student athletes racing for their club Shaftesbury Barnet Harriers at the National Road Relays in Birmingham on Saturday last week. 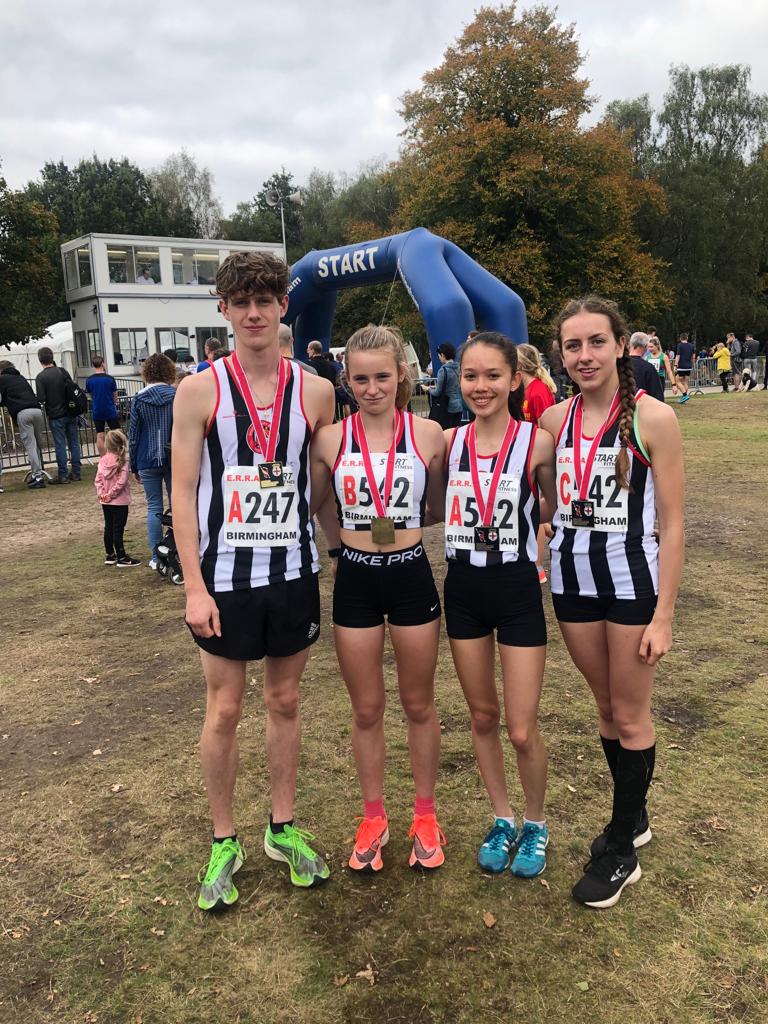 Ruby, Year 11 competed for the U17 girls, starting the second leg in fifth place before storming through to finish second!  The final leg runner was able to hold that position and the team were awarded Silver medals on the national stage.  A first national team medal for Ruby who completed her 3.8KM in 13:38 to run the 10th fastest leg of the day.

Henry, also Year 11, competed for the Shaftesbury U17 boys’ team, helping them to a seventh place finish against the very best clubs in the country.  Most impressively, Henry was also awarded an individual gold medal for running the fastest U17 leg at the nationals, competing the 3.8KM in just 11:42.

For the record, the Shaftesbury senior men won team bronze in the national six stage relay, rounding off a very successful day for the club.

Our annual CCF inspection was held on the afternoon of Friday 6 May, with Reviewing Officer Group Captain Richard Hobson RAF...
Read Article

On Sunday 15 May, a number of athletics students travelled to Northgate Stadium in Ipswich to take part in the...
Read Article

Last weekend on Sunday 8 May, the Woodbridge 10K and Junior Race took part in the town, with many students,...
Read Article

Last week the Music department was buzzing as staff and students prepared for the Woodwind Workshop. Students from all year...
Read Article