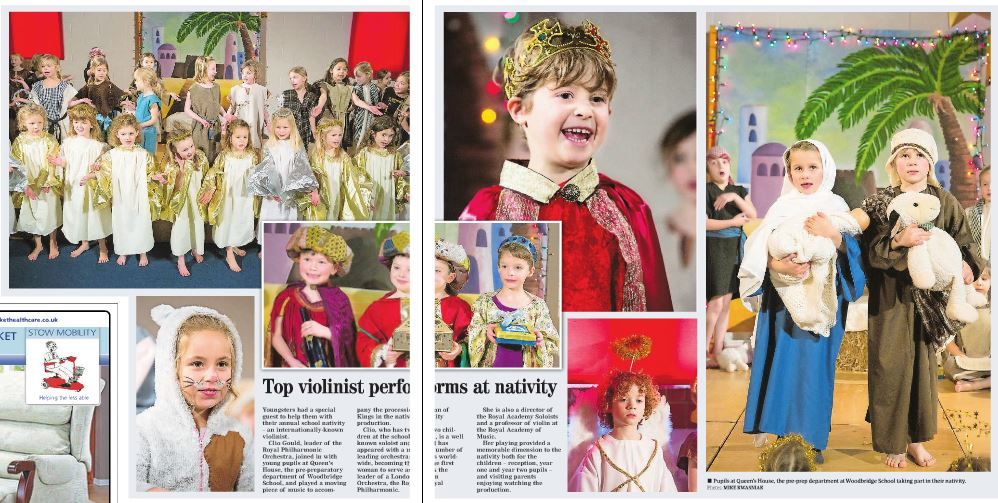 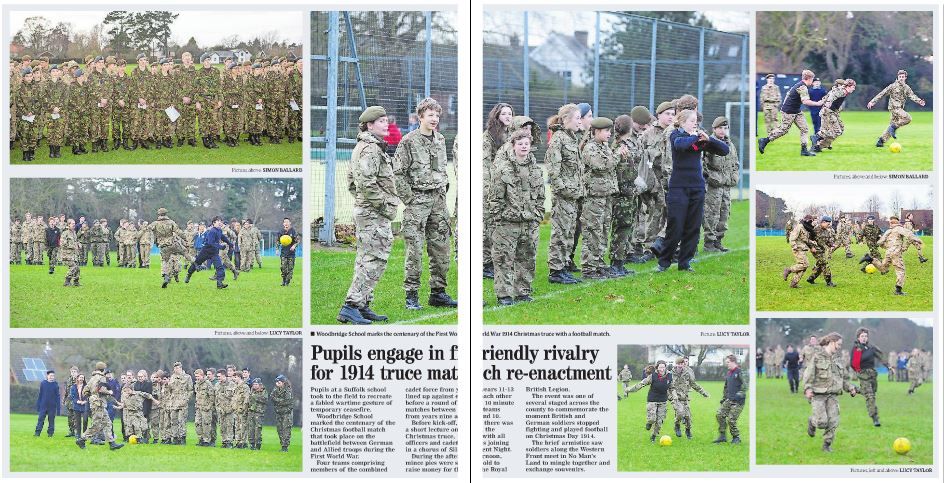 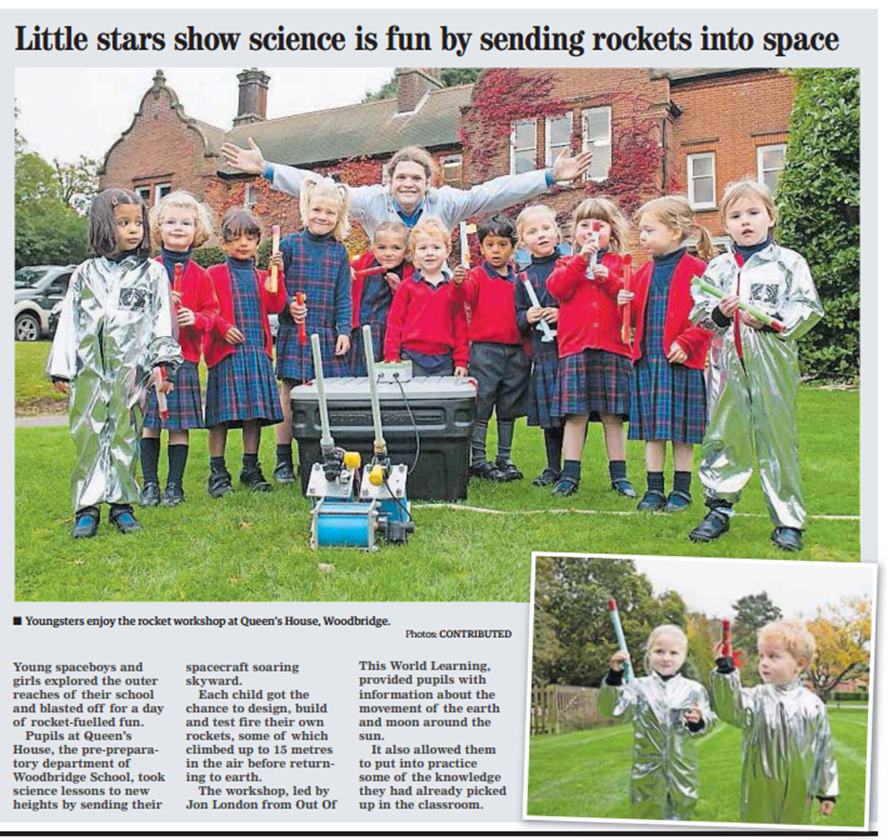 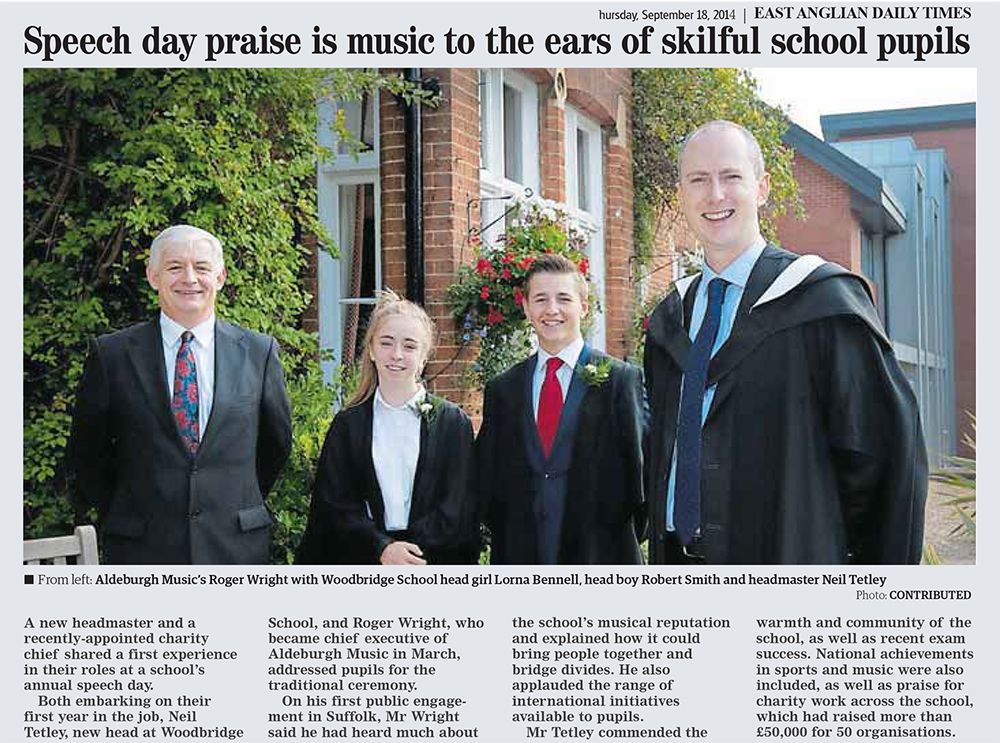 A new headmaster and a recently-appointed charity chief shared a first experience in their roles at a school’s annual speech day. Both embarking on their first year in the job, Neil Tetley, new head at Woodbridge School, and Roger Wright, who became chief executive of Aldeburgh Music in March, addressed pupils for the traditional ceremony. On his first public engagement in Suffolk, Mr Wright said he had heard much about the school’s musical reputation and explained how it could bring people together and bridge divides. He also applauded the range of international initiatives available to pupils. Mr Tetley commended the warmth and community of the school, as well as recent exam success. National achievements in sports and music were also included, as well  as charity work across the school, which had raised more than £50,000 for 50 organisations.